Share All sharing options for: Worst baseball playoffs ever 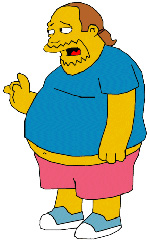 Ugh, there has not been a decent series to date and the division series don't look much better. Boston clubbed Cleveland, 10-3, in Game 1 of their series, and Colorado beat Arizona, 3-2, in 11 innings to go up 2-0 there heading to Denver.

The Arizona-Colorado game ended at 2:45 a.m. Eastern and if anyone back East tried to stay up until the end they failed since the game was boooorrring. Say what you will about the "name" teams, but no one outside of Denver or Phoenix could give a damn about this series. The same would not be said if we had the Cubs, Phillies, Dodgers, Mets or Cardinals involved. --Jim Buzinski