A worthless win for Stanford

Share All sharing options for: A worthless win for Stanford 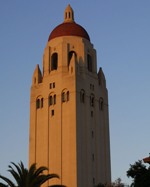 Please bear with me for this being several days late, but I'm still recovering from a wild Gay Superbowl we hosted here in NYC last weekend.

It's hard to really gloat, being a Stanford grad and fan. The team has been so bad for so many years now (can you believe the Cardinal was in the Rose Bowl in 2000?), a win over No. 2 USC is almost worthless, as a fan. Sure, it's neat to see everyone mentioning Stanford, but the story is more about USC's collapse than anything else.

I've heard people say it's the greatest upset in college football history. Personally, I'd say it's the biggest upset this year; while Appalachian State beating Michigan sounds shocking, Appalachian State is a better team than Stanford, and Michigan is a much worse team than USC. Try this on for size. Stanford was 1-3 with its only win over lowly San Jose State. The previous weekend, they had lost 41-3 at home to Arizona State. They were starting a QB who had never started a game before. Still, in 1989 Stanford earned the nickname "Stunford" for beating No. 1 Notre Dame in South Bend; this upset wasn't even the biggest in Stanford history.

Like I said, it was a worthless win. All the East Coast naysayers will use this to prove that the Pac 10 is somehow not the best football conference in the country. To me, it proves that it is. The Pac 10 has three of the top eight and four of the top 13 teams in the Coaches poll. --Cyd Zeigler jr.