Share All sharing options for: Rays are World Series-bound 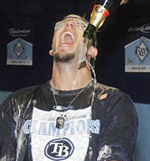 The Tampa Bay Rays completed their improbable climb from worst to first by beating the Boston Red Sox, 3-1, in Game 7 to win the American League Championship Series. The Rays will host the Philadelphia Phillies in Game 1 of the World Series starting Wednesday. Tampa has never been in the World Series and Philadelphia has not won since 1980, so one city's drought will end.

The Rays persevered despite blowing a 7-0 lead in Game 5, then losing Game 6. But the Rays were just a bit better than Boston all season and proved it again in Game 7. Makes this cartoon by our Dylan Edwards seem appropriate: 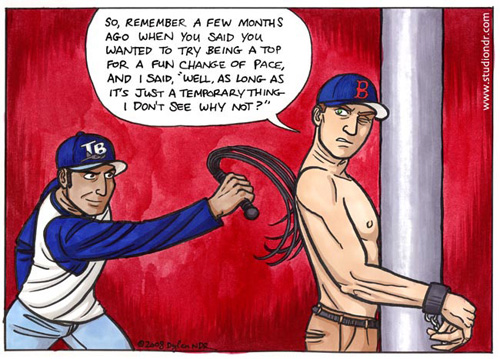