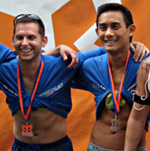 The six-man Washington 'Mo's relay team won the Ultra Division in the 181-mile Ragnar Relay race. The team also finished third overall out of 109 teams. Obviously, given their name, all six runners are openly gay. Five of them swim with the gay-oriented District of Columbia Aquatics Club. More on the race and a team photo after the jump.

From the team: "This past weekend, six gay athletes competed in Washington, D.C.'s 181-mile Ragnar Relay running race, one of the largest series of running races in the country and won the Ultra Division in a time of 23 hours, 7 minutes and 37 seconds. The six-member Monumental 'Mo's competed in the overnight race, starting on Sept. 26th and into Sept. 27th, traveling from Columbia, Maryland to Crystal City, Va."

"The relay was an incredible experience," said ‘Mo's team leader Ryan Bos. "The legs in the middle of the night in the rain were scary at times, but overall it was exhilarating. It was especially rewarding for us, as gay athletes to compete in the relay as an Ultra team and place first." 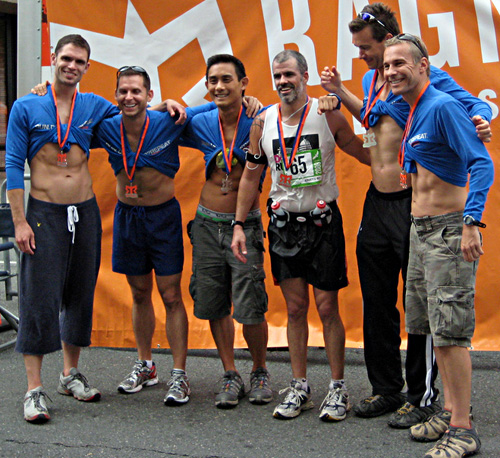