T.O. loves his bod, writes a book about it

Share All sharing options for: T.O. loves his bod, writes a book about it 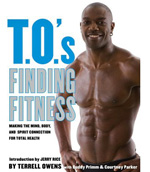 Whether you like Terrell Owens as a player or not, one can't deny he has one of the best bodies in sports. And now he has written a book to tout his plan, "T.O.'s Finding Fitness."

The picture on the cover (see right) show a ripped Owens, but he told the Associated Press that it was taken in the offseason, when he was "out of shape."

"If I could've done it over, then I would have."

Owens credits "discipline and diet" for the results he has seen. He should have added "awesome genetics" to the list. He is also a hawk about nutrition.

Owens is fiercely proud of his meticulous diet. He logs his every meal and snack, all the way down to an apple martini at 12:30 a.m. on Sundays. Offseason only, that is, as Owens has a no-alcohol vow this season.

The AP review of the book says it deals with Owens taking an overdose of pain pills in 2006 after breaking his hand.

"I've never gone on record to say what went wrong the night of September 26, 2006," Owens writes. "When asked if I was trying to kill myself, I can answer with confidence: No! So what was the truth? If living healthy and fully starts with the mind, mentally and emotionally on September 26, I was overwhelmed."

T.O. makes no bones about being proud of his body ("I take pride in the way I look, and it obviously has enabled me to do well on the football field," he says. "A big part is diet. And be disciplined.") Reviews of the book are mixed, but my favorite was an Amazon reviewer (a guy) who admits he bought it only for the pictures. 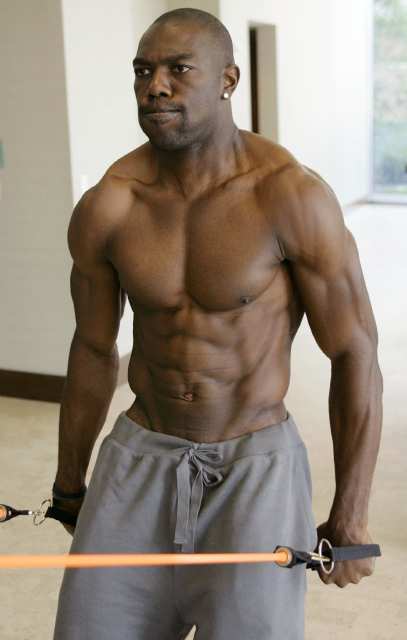