The whining idiots of 'bracketology'

Share All sharing options for: The whining idiots of 'bracketology' 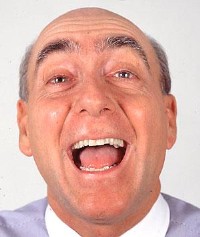 Insufferable is the word that comes to mind when listening to ESPN's screaming heads talk about anything these days, but the worst of the worst is their analysis of the NCAA basketball tournament. Like clockwork, Dick Vitale has found a team that has somehow been "wronged" by the selection committee in Arizona State. Because they beat Arizona twice, Dickhead V. wants Congress (slight exaggeration) to look into why they weren't included. Of course, he ignores the fact that Arizona's RPI is over 40 points higher than ASU's, and that 'Zona played the second-toughest schedule in the country. But, Dickhead V. needs something to scream about, so he's made something up. All those whining teams who didn't get in have to face this simple fact: You didn't win some of the games you needed to win. ASU was 5-10 in their last 15 games, losing to Washington and California at home. They didn't deserve to get in, and neither did Ohio State, Virginia Tech, Dayton or any other of the crap teams who simply didn't win the games they needed to win. That's what the NIT is for.

By the way, has Dickhead ever seen an East Regional that wasn't "the toughest road to the Final Four"? (Shocker, he has UNC winning it all.) -Cyd Zeigler jr.