Why you should root for Xavier, reasons 1-206 (or maybe a few less)

Share All sharing options for: Why you should root for Xavier, reasons 1-206 (or maybe a few less) 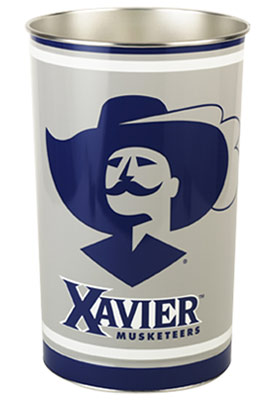 So I realize there's a lot of Joe Alexander fans on this board, many disappointed his Mountaineers are out of the tournament. For you, I'll allow a moment of silence.

Here's why you should root for the scrappy bunch of ballers that knocked off Joey A and his mountain men, the Xavier Musketeers.

9) We were all once that chubby little point guard on our team. Think about Xavier coach Sean Miller: When he played for Pittsburgh, he was the chubby point guard on national TV! How could you not love that?

You do. And that's final. Stop arguing.

More reasons and fun stuff after the jump.

6) You always had that love of Three Musketeers bars as a kid, but never knew how to give back. Guess what? This is your chance!

5) Who gave back to religion more than the Musketeers, losing twice to St. Joseph's and once to Temple? (yes, we realize TU is not a Jewish school. Work with us on the jokes, pals).

4) How many big schools do we need to see here? We already have North Carolina, UCLA, and Louisville, with Wisconsin, Kansas, Memphis and Texas to follow. Do we really have to have all of them?

3) The stars of the West Virginia win, BJ Raymond and Josh Duncan? Both are going bald quickly. This could be their last chance! Give 'em the love!

2) Because you'd like to see the refs call at least one foul against UCLA. Heck, why not the whole game for Xavier!

And the number one reason ...

I say so. Really, that's the only reason you need. -- Sean Jackson