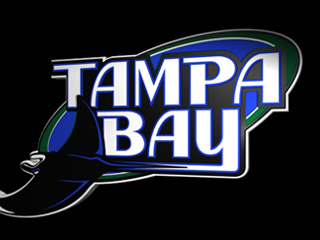 By the time you reach the age of 38, as a baseball player in the Major Leagues, you are not only about to be collecting retirement checks, but you should also be old enough to know when not to be a jackass. Al Reyes, relief pitcher for the Tampa Bay Rays, is proving me wrong. According to MyFox Tampa Bay, Reyes was not being a very good boy at a bar.

He fell into a ceramic pot, thought someone pushed him and then mouthed off until the guy hit him in the face. But the fun doesn't end there...

Then, they say, a seemingly intoxicated Reyes began to spit blood on the people around him and swing his arms about. Bouncers tried controlling him, but investigators say the 6'1", 240 pound pitcher was too much for them to handle.

A Tampa Police officer who was working at the bar intervened in the situation, yelling for Reyes to stop-but investigators say he continued spitting blood at those around him. The officer says he was forced to taser Reyes, and he says he had to do it twice because Reyes still tried getting up after being knocked to the ground one time.

Oh Al. You're a bad pitcher, but just so much fun to write about. Brenton Metzler