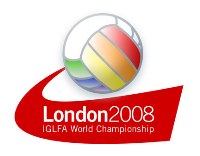 London Mayor Ken Livingstone is under fire from some gay Brits for not opening the door for the Gay World Cup, being held in London this August, to get grant money from the national lottery (about 28% of the national lottery revenue goes to "good causes"). Various gay activists and other gay Londoners are pointing to Livingstone's raising of billions of pounds for the Olympics and crying, "What about us?"

Livingstone, who is in a re-election fight, has hit back, saying that he has supported the event on many levels:

"I am a strong supporter of Leftfooters FC's bid to bring the Gay World Cup to London.
"My office have been involved in detailed discussions supporting the bid project from the very outset, and I provided a message of support for the successful bid.
"Officers gave the bid advice and support on the approach to funding, and also invited the organisers to submit a proposal for project support funding from City Hall, but this offer does not appear to have been taken up so far."

Personally, I don't think any government or elected official owes any sports group a penny. Access to government-owned facilities? Sure; and it certainly sounds like they got that. Hundreds of other gay sports events have been run just fine every year for seven years now without the government shelling over a penny. So why do some groups think they're owed government funding? You got me. Regardless of whether they get a penny of government funding, all of the athletes will have a blast. -Cyd Zeigler jr.