Share All sharing options for: Crackdown on gays Olympics related? 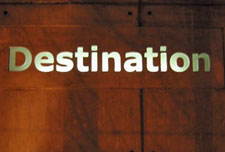 Reports from Wan Yanhai, a respected AIDS activist in China, say that authorities there are cracking down on gay establishments, possibly related to the run-up to this summer’s Olympics. Two examples:

In the afternoon of 20 March 2008, more than 10 police cars visited "Oasis" club, the most popular gay bath house in Beijing. More than 70 people, including all the members of staff and clients were taken away. After more than 30 hours, in the early morning of 22 March, the clients of the house were released. But the members of staff were kept detained. In the early morning of 21 March, the police visited another Oasis bath house near Dongsishitiao Bridge, and took away all members of staff, but not the clients. At present, these two bath houses have been shut down. It was reported that at the same time, in another part of the city, another gay bath house was also shut down.

… On 9 March 2008, a popular LGBT night club in Beijing, called Destination, was visited by the police. The police said the club was too crowded. As a result, people's access to the club was restricted and the music stopped. The club was shut down and resumed business only a few days after.

Such a huge crackdown on gay-frequented establishments/spaces executed within such a short period of time has been unheard of in China, and therefore it is raising alarm bells with good reason. Gay life in China has been enjoying prettey much unfettered development over the last decade, so it could be that we're at a point in time when the authorities see the need to rein in the unbridled growth. Are the crackdowns being executed as part of a larger "spring cleaning exercise" ahead of the Olympics so China would be able to project to the world its best image, whatever that means to the powers that be? Only time will tell.

This is disturbing information and shows how out of touch China’s leaders are. Cracking down on gays will not present a positive picture to the West, where gays and lesbians can live more openly. It will only increase the chances that the Games will be mired in legitimate protests over human rights issues in China. –Jim Buzinski