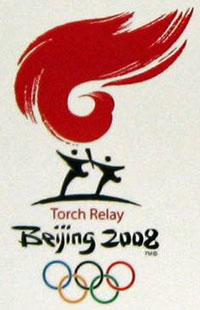 John Caldera, an aide to a San Francisco supervisor, will be among those carrying the Olympic torch in San Francisco on Wednesday and he says he is honored despite the protests.

As someone who is openly Gay, Latino and a U.S. Navy Veteran, I have learned to respect the many subsets of our society. At times, I agree to disagree with those who have conflicing ideas ordeals than mine and at times, through respect and discourse, mutual understanding is possible but in the end I always remember the immortal words of the great humanitarian, John Lennon: “All we are saving is give peace a chance …”

I look at the opportunity to carry the Olympics Torch as an honor of a lifetime and I dedicate my run to each and every human being with HIV/AIDS because I know the torch you bear and I as I run will remember each and everyone who was taken from us by the AIDS virus. ...

There are those who would speak out against the atrocities of human rights violations in Tibet. These protesters have every right to speak out against anything they wish, however, the moment any protester restorts to violence, the violence would belittle and demean any peaceful message they would intend to convey.