And before you look for your lost balls, by scrotum I mean what advice columnist Dan Savage does after being challenged on calling somone a pussy:

And by stud, I mean what the NBC commentator called Misty May for her presumably athletic abilities and 101-win streak.

Tennis demands utter silence and asses-glued-to-seats from a crowd of thousands. Tennis players shrink when the slightest drop of rain falls, racing for cover lest their genteel game be affected.

Beach volleyball encourages a rowdy, thunder-sticking, taunting crowd, revved up by dance music and a provocative announcer/DJ. But in Beijing, beach volleyball players like Sean Rosenthal are expected to play through monsoons and lightning strikes in heavy, wet shirts they've never previously played in.

It's one thing for a sport like football to be played in all conditions: that's what they've always done. But to play a sport like beach volleyball in a monsoon completely changes the nature of the game.

You wouldn't expect the pinnacle of tennis competitions to continue in a biblical flood -- so why do that with beach volleyball?

Let them be them be who they've always been -- and restore their sunny, shirtless, studly dignity! 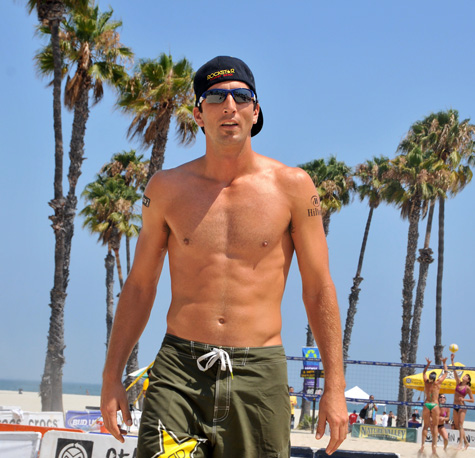 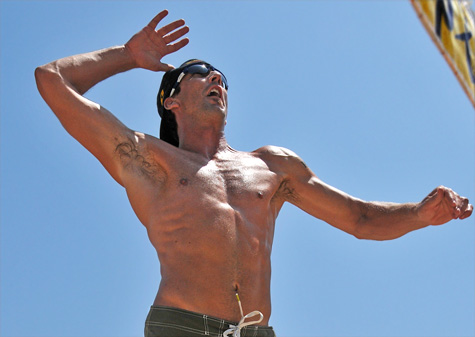 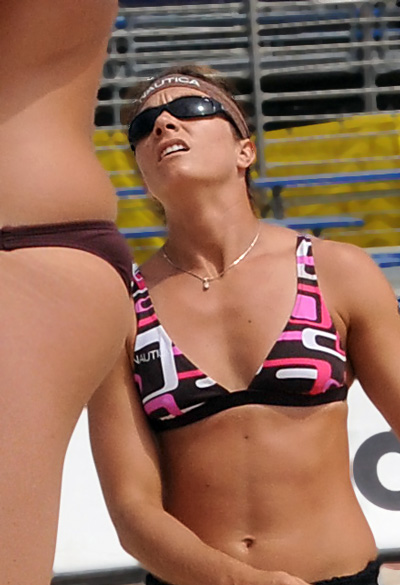