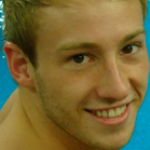 Out Australian diver Matthew Mitcham has qualified for the semifinals in men's 10m platform diving, finishing second in the preliminary round, missing the top seed by just over 30 points. Both American divers, Thomas Fincham (7th) and David Boudia (6th), have also qualified. Whereas Mitcham barely made the semifinals of the 3m springboard and failed to make the finals, he has set himself up for a serious run at a medal with his prelim performance. NBC will surely show his dives tonight in primetime; and it will be interesting, with their commentators often talking about athletes' girlfriends, husbands and personal lives, if they'll mention that he's the only openly gay male athlete in Beijing.