Sex and the Village

Share All sharing options for: Sex and the Village 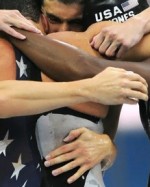 There is a busy weekend ahead in the Olympic Village. Matthew Syed, a columnist for TimesOnLine and a former international table tennis player who has represented Britain in two Olympic Games is sharing his views on athletes' sexual behavior during the Games. As a former Olympic athlete he is frequently asked whether the Olympic Village is the sex-fest it is cracked up to be. His only answer, based on his personal experience, is: too right it is!

... once we were eliminated from our respective competitions, we lunged at each other like suicidal fencers. There may have been a fair amount of gay sex going on, too - but given the notorious homophobia in sport it was rather more covert.
I spoke to an Aussie table tennis player this week to check out the village vibe and he launched into the breathless patter common to any Olympic debutant: "It is unbelievable in there; everyone is totally crazy once they are out of their competitions. God knows what it is going to be like this weekend. It is like a world within a world." A British runner - - - said: "The swimmers finished earlier in the week and it was like there was an eruption."

Obvious reasons to such explosive libidos in sportsmen and women are the enormous level of self-discipline in the build-up to big competitions, the high levels of testosterone in athletes (both sexes) and the old "what goes on tour stays on tour" mantra. And, when men are concerned, there is also a Darwinian component: according to a study a man's sperm count doubles when he spends a lot of time on the road. Matthew Syed does not want to imply that every athlete in Beijing is at it. Just that 99 percent are.

There is a famous story from Seoul in 1988 that there were so many used condoms on the roof terrace of the British team's residential block the night after the swimming concluded that the British Olympic Association sent out an edict banning outdoor sex. Here in Beijing, organisers have realised that such prohibitions are about as useful as banning breathing and have, instead, handed out thousands of free condoms to the athletes. If you can't stop 'em, at least make it safe. 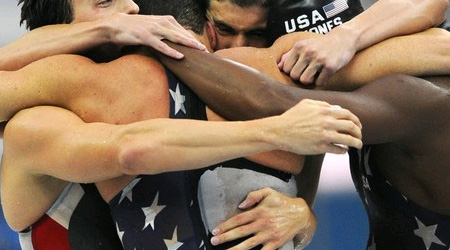