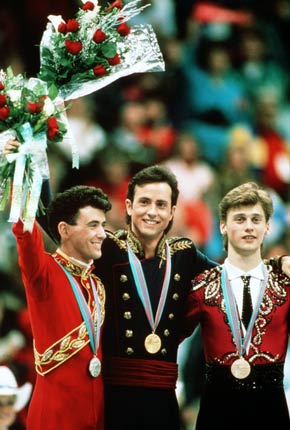 What is the gayest Olympic sport?

According to The Advocate that prize would go to figure skating. In the current issue the magazine lists 19 out former Olympic athletes and the top three go like this:
Figure skating - 4
Swimming - 3
Tennis - 3
Big surprise right? This is obviously not a comprehensive list (softball isn't represented at all). Figure skating has always been viewed as a gay sport, but are their really more gays in figure skating than any of the other Olympic sports or are they just more likely to come out for some reason? So figure skating is maybe a combination of really gay and really brave.

Editor's note: Author Sean Smith was profiled by Outsports as an out swimmer at Rutgers.