Share All sharing options for: Beach volleyball: Guys, keep your shirts on 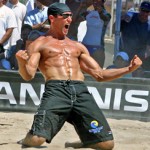 In Olympic beach volleyball T&A are OK, but pecs and abs are not. Most people would be surprised to know that the dress code for the sport in the Olympics mandates bikinis for babes but shirts on for the studs.

Teammates in Olympic beach volleyball must wear uniforms of the same color. The women can wear either a one-piece or a two-piece bathing suit, though due to the typically warm playing conditions, most opt for the two-piece. The men must wear shorts and a tank top. Players are allowed to wear hats and sunglasses.

This is a departure from the pro circuit that sees most men play shirtless. And I could not determine the reason the men are not allowed to bare their torsos, while the women are required to wear as little as possible. When the Brazilian women's team plays, expect to see mainstream sports blogs everywhere go ga-ga with photos of the sextpots from Rio.

As a public service for those whose tastes lean to the Y Chromosome, I offer some male beach volleyball shots from Outsports photographer Brent Mullins. You're welcome. 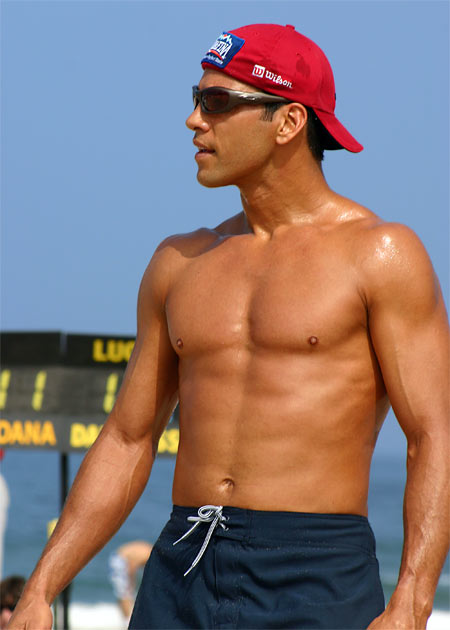 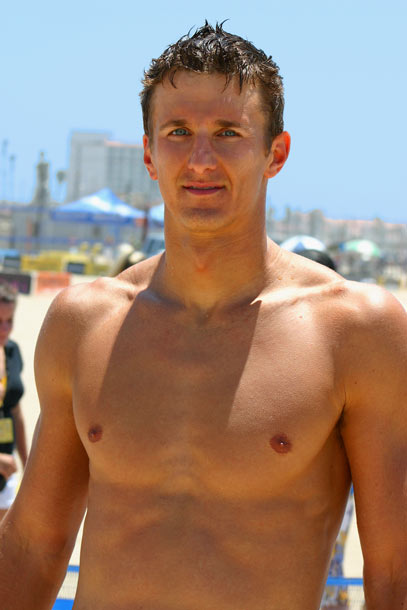 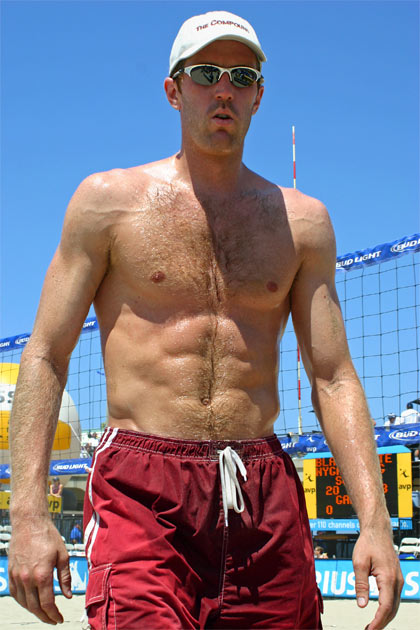 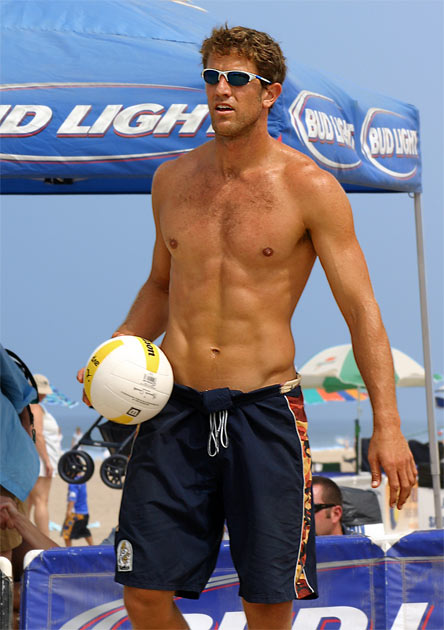 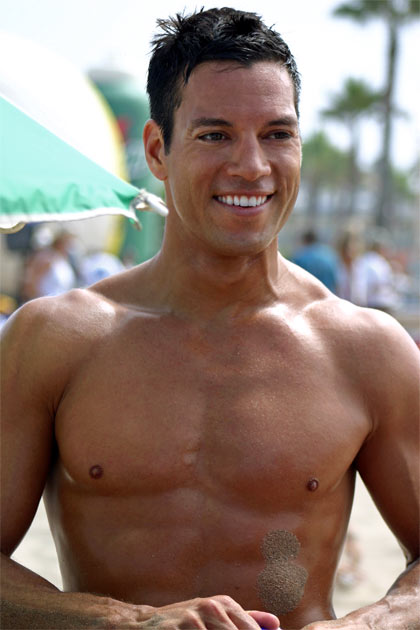 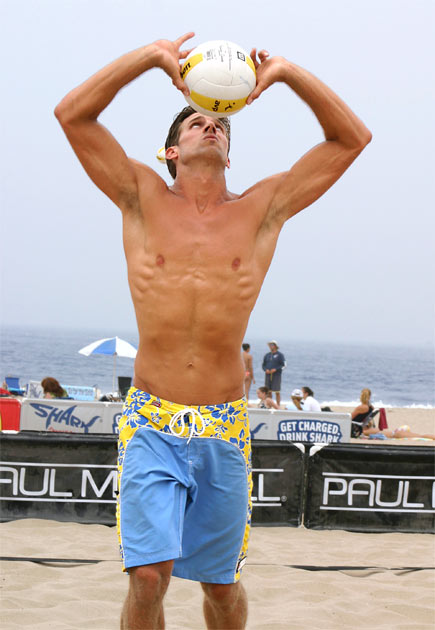