Bob Costas on Mitcham and gay in sports

Share All sharing options for: Bob Costas on Mitcham and gay in sports 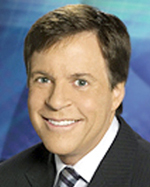 NBC Olympic host Bob Costas agrees that his network should have discussed gold medal diver Matthew Mitcham being gay during its coverage in Beijing.

In a wide-ranging interview on the subject of gays in sports with AfterElton.com, Costas said Mitcham was not an athlete he was focusing on, "But had it been, I would have thought [his sexuality] was a worthwhile thing to mention."

Mitcham, an Australian, stunned the diving world by winning the gold medal in the 10-meter platform event on the next-to-last day of competition. He was openly gay and his partner, Lachlan Fletcher, was in the stands. NBC took a lot of heat for not mentioning his orientation during the broadcast, for which the network later apologized.

AfterElton: But there was pretty extensive coverage of the event that he won. And he won in extraordinarily dramatic fashion. I mean the Chinese were expected to sweep. He received the highest score ever awarded for an Olympic dive. And to mention the historic nature of that just seems like it makes total sense.
Bob Costas: Yeah. And it might have been the kind of thing that could have been handled in a two or three minute profile. You know - Here's this athlete: ba-boom.

AE: And you wouldn't have been reluctant to do that?
BC: Oh, God, no.

AE: Do you see from a gay perspective how enormously powerful this would have been for the gay community to have one of their members acknowledged in that way in that moment? And although certainly this wasn't what this was all about for Mitcham, it was a part of it, because he had given these interviews prior to the games.
BC: Yeah. I agree with you on all of that. And it certainly seems to me like a worthy topic. I just don't want to appear as if I'm criticizing any of my colleagues.

To his credit, Costas did not dodge the question, though as host of the nightly prime time broadcast, one would not expect him to be able to focus on every athlete ("It was just something that wasn't on my radar screen," he said.) Also, after Mitcham's winning dive and a brief celebration was shown, the network quickly went to coverage of myriad track and field finals. Diving was not the marquee event for a U.S. audience that night. The fault in not mentioning Mitcham's orientation rests with the pool-side producer and commentators.

Costas also gives thoughtful responses to the general issue of gays in sports, addressing why athletes are reluctant to come out.

The other thing that I've always felt about this is, I'm sympathetic to a gay athlete in this circumstance: While it shouldn't matter what someone's sexuality is as long as they conduct themselves as a responsible human being, we know that in 2008 and up until now, if someone declares themselves gay, their sexuality would be become an issue even among those who think of themselves as sympathetic. It would tend to be noted more, and be more front and center than for the heterosexual person who doesn't have to proclaim that they're heterosexual because that's expected to be the case.

AE: Does that necessarily have to be true?
BC: Doesn't have to be true, and it shouldn't be true. But you could understand that somebody who is trying to compete and hold onto their job - and most athletes are not superstars - there's a lot of different pressures. They don't want to have to deal with the additional celebrity baggage or the additional baggage of scrutiny that such a thing would bring to them. And on that level - I sympathize with them.

The entire interview is worth a read. I have always liked Costas and believe his attitude on gays in sports generally reflects that of the mainstream media. I don't think negative media coverage is a reason for jocks to stay in the closet; it's more each athlete's dynamic within his sport and team and the general struggle inherent in the coming-out process. People like Costas would be a champion of any out athlete.