Share All sharing options for: Ben Roethlisberger a 'drama queen' 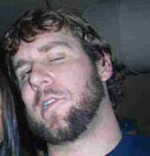 Keyshawn Johnson, on the ESPN pregame show, said Pittsburgh Steelers quarterback Ben Roethlisberger was "a bit of a drama queen." This followed a report on Big Ben's injury status two weeks after a concussion and whether he would be able to play (it seems as if he's questionable to play with an injury every week).

"I'll give you a drama queen," Mike Ditka said to Johnson, grabbing his arm after the exchange. Ditka has that right. At least Key didn't call Roethlisberger a "girl" as did Seattle's Matt Hasslebeck earlier this year. ("Girls can play in the NFL. Ben Roethlisberger plays for the Steelers, right?" Hasslebeck said in answer to a question from a schoolgirl). These guys need to get a show on Bravo.