An All-Star game without the All-Stars?

Share All sharing options for: An All-Star game without the All-Stars? 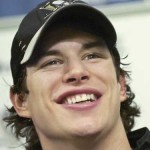 What if there's an All-Star game and the jocks don't show? That's the quandary the NHL finds itself in as its All-Star match plays out in Montreal tonight. Burned last year when seven jocks didn't show in Atlanta for the game in which they were selected to play, the league offered up a one-game suspension this year for All-Stars who are no shows.

Who's getting pinched? The fans, of course, who are missing out on seeing hunks Sidney Crosby (photo), Pavel Datsyuk and Nicklas Lidstrom. 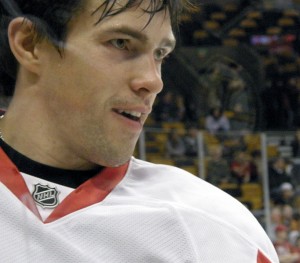 At least the media-friendly Crosby, who's fond of posing shirtless for magazine shoots, showed up, if only to fulfill some in -person obligations and to keep from getting suspended. (He's injured and can't play.) Red Wings veterans Datsyuk (middle photo) and Lidstrom (bottom photo), though, are out (and suspended).

Players want a break to get a little rest during a grueling season. But I find it hard to conjure up some sympathy for pro jocks who are richly rewarded for their craft. 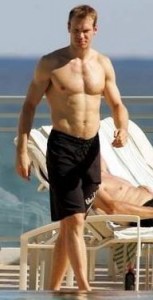 The game itself, like all All-Star games across pro sports, is useless. But All-Star balloting attracts millions of votes -- Crosby alone got 1.7 million -- and that shows fans (other than me) care about them. It's our reward. Though a big revenue-producing promotional plug, All-Star games are an easy way for pro sports to give a little back for those of us who continue to open their wallets and pay for high-priced tickets to see their favorite jocks and teams.

Seriously, how winded do pro jocks get at one of these? Not very. It's not like they play for more than a couple of minutes or innings. So the argument that they need some R&R during a mid-season stoppage doesn't hold water. They'll still get plenty. We fans deserve a little love every now and again.

(Speaking of rewarding fans, your reward for reading all the way to the end is a bonus shot of a shirtless Crosby from a past magazine profile. Enjoy.)