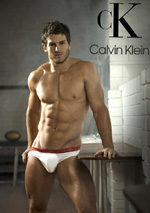 He has nicknames like "Wolfman" and "Teen Wolf," but rugger David Williams is one of the hottest things going. He is a young 22 years old and plays for the Manly-Warringah Sea Eagles in the National Rugby League of Australia. He got the nicknames for growing long locks and a shaggy beard, but he's since gotten rid of them and WOW has he been turning heads. How much so? On a blog called Hot Aussie Footy Players Shirtless, he won the award for Hottest Rugby League Player with 33% of the vote; no one else had more than 12%.

By the way, and this took my partner Dan to point out, notice that he actually has 10-pack abs, something I have never seen on someone. Luckily, Dan has added him to Jeremy Bloom for my list of guys I can get naked with if I can get them to comply. So David, if you're reading, please call!! Given the photo after the jump, maybe I have a chance! 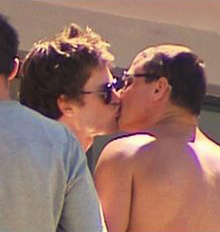