Sehorn ex: Jason got no sex

Share All sharing options for: Sehorn ex: Jason got no sex 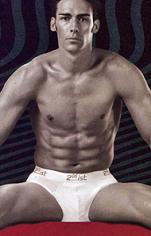 Media personality Whitney Casey, formerly Mrs. Jason Sehorn, was on the Howard Stern Show yesterday to promote some new book called "The Man Plan: Drive Men Wild ...Not Away." While it's intended for women, I imagine some of our readers could be interested. She told Howard that she and Sehorn didn't have sex for the first five years they were together, until they got married. That, of course, prompted an avalanche of phone calls from listeners proclaiming that Sehorn must be a "fag" if he couldn't get Casey to have sex with him for six years. She also talked about sex with Lance Armstrong ... which was also nonexistent.

She also dissed Sehorn's intelligence in the interview, essentially calling him stupid. "We didn't have great chemistry...intellectually...He wasn't intellectually curious." Um, how did she not figure that out for the six years they were dating, and then all of a sudden figured it out three months after they started having sex? I gotta wonder what her issue is: Jason, of course, has been married for years now and has three kids, and Casey is still trying to figure out what this "relationship thing" is all about.

Sehorn is one of the subjects of a new book called "The Metrosexual: Gender, Sexuality, and Sport," about jocks selling fashion (we have an exclusive excerpt). Funny that the same "fag" comments came raining down on Sehorn when he modeled for 2(x)ist, which I happen to have on right now and are just about the gayest underwear line short of the underoos-esque briefs places like Ginch Gonch put out.