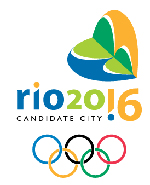 The International Olympic Committee, meeting in Copenhagen, awarded the 2016 Summer Olympics to Rio de Janeiro, Brazil, beating out Madrid, Tokyo and Chicago. The Chicago loss -- the city was eliminated in the first round -- was a bit of a stunner since it was the pre-choice betting favorite.

The choice of Rio makes a lot of sense. South America has never hosted an Olympics and this choice breaks the Europe-North America hold on the events (2006, 2010, 2012 and 2014). Brazil is also an emerging economic giant, yet a country faced with extreme poverty and a very high crime rate. Brazil is in the Southern Hemisphere, which will make these more like a Winter Olympics (they are set for Aug. 5-21, 2016).

We might never know why Chicago lost. President Obama made a personal appeal to the IOC, yet so did the leaders of Brazil, Spain and Japan. Chicago had Oprah, but she does not have the international star power that Brazil's Pele does. In the end, my guess is that the IOC simply wanted to try something new. And given the IOC's checkered past, one can never overlook bribery.

Chicago can also look on the bright side -- no cost overruns, huge deficits and white elephant facilities that get used for two weeks and then are forgotten about. Hosting an Olympics usually rewards the well-connected and powerful and leaves everyone else holding the bag. Let Rio have those headches.