Safin: Agassi should give back his titles

Share All sharing options for: Safin: Agassi should give back his titles 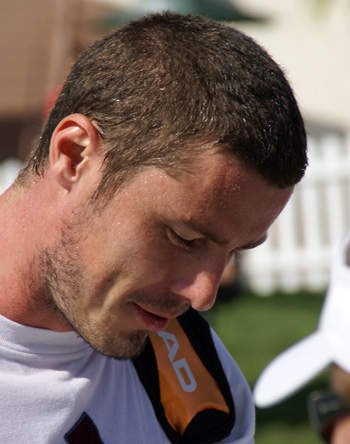 As Marat Safin winds down his pro tennis-playing days, he's lobbed a little grenade at Andre Agassi saying the tennis legend should return his 60 ATP titles and all the money he made, including his eight Grand Slam titles and Career Grand Slam.

If he is as fair play as he says he is, he has to go to the end. You know, the ATP has a bank account and he can give the money back if he wants.

Last month Agassi said he took crystal meth (a banned substance) while playing and lied to the ATP about it. Should Agassi give back his titles? Does crystal meth help you win on the court?