Share All sharing options for: The incredible shrinking gay media 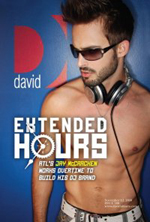 I've noticed the disappearance of some gay-sports media outlets in recent weeks. Gay.com's Sports blog has apparently been abandoned as nothing's been posted there since Aug. 10 and emails to the editor got bounced back. Gaysports.com hasn't been updated since June, and that wasn't about sports. Now comes news that Window Media, which owns the Washington Blade, Southern Voice and David Atlanta, among others, has closed down. The publications' Web sites have already been taken down.

It's disappointing to see all these news outlets cease reporting. But it's not surprising. With the economic recession and ad market where it's been, many publications have been forced to downsize or shut down. I had a strong personal and professional connection to Window Media, having been the sports editor for Genre and the associate editor of the New York Blade while the company owned them. I even appeared on the cover of David Atlanta to promote Outsports Revolution. Shocking, I know.

We're proud that Outsports is still strong and running, and we appreciate the support of all our readers for that. Our thoughts also go out to the many reporters, editors and sales people who lost their job due to the closing of Window Media. It hurts, and you have our sympathy.