Share All sharing options for: Devin Hester bares his ass on national TV

Chicago Bears receiver Devin Hester was de-pantsed Sunday during the nationally televised Bears-Eagles NFL game on NBC. Bearsgoggleson was kind enough to get two screen caps. What's funny is that announcers Cris Collinsworth and Al Michaels say nothing about what their video showed in a slow-motion replay.

Pics and video below on the full moon over Chicago: 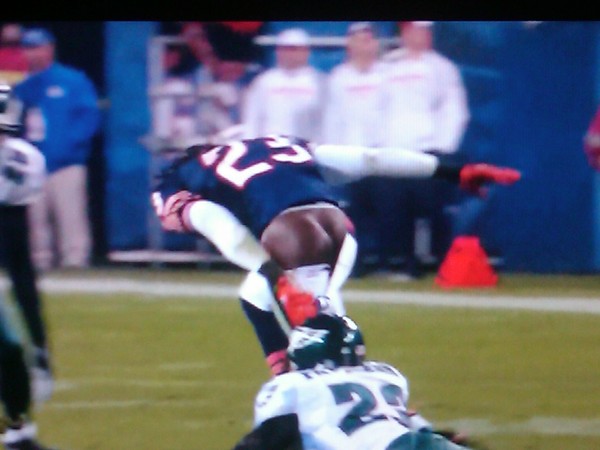 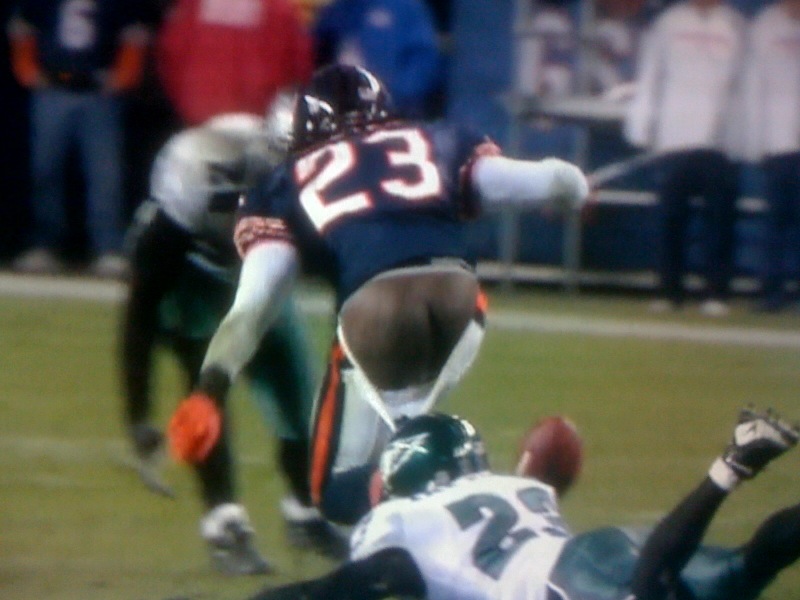