Chances are this is the first time you've heard of Stanford quarterback Andrew Luck. But it won't be the last. The 6-foot-4, 235 pound redshirt freshman has it all: Good arm, great vision, leadership, and handsome good looks. From Houston, Luck was ranked as high as the No. 4 quarterback coming out of high school in 2008 by Scout.com. In leading the Cardinal to a 5-3 start, he's completed almost 60% of his passes, has 9 touchdowns and 3 interceptions. His 9.3 yards/attempt is second in the country and his QB rating is 17th. And of quarterbacks who have attempted at least 100 passes, only 10 have thrown fewer INTs.

Keep your eyes on Andrew Luck, for more reasons than one. A couple more photos after the jump. 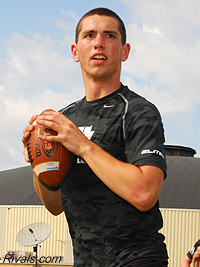 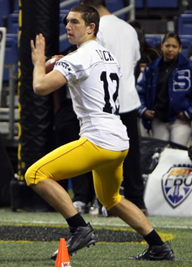