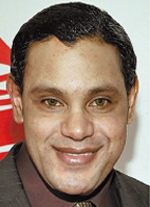 Former Major League Baseball player Sammy Sosa insists he's not trying to turn into Michael Jackson, but does say he's undergoing skin bleaching. Photos of Sosa looking pasty appeared recently and it was not because of Halloween.

"He is going through a rejuvenation process for his skin," former Cubs employee Rebecca Polihronis, who talks frequently with Sosa, told the Chicago Tribune. "Women have it all of the time. He was surprised he came out looking so white. I thought it was a body double. Part of (the photo appearance) is just the lighting.

"He is in the middle of doing a cleansing process to his skin. The picture is deceiving. He said, 'If you saw me in person, you would be surprised. When you see me in person, it is not going to seem like the picture.' "

Sosa before his "rejuvenation": 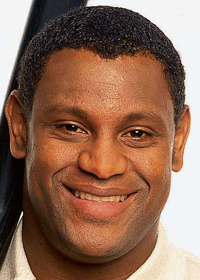