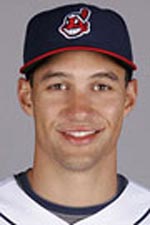 Outsports is the latest target in Grady Sizemore's witch hunt over his leaked and very sexy photos. We received a letter this afternoon from Sizemore's representative, Terence B. Prince at CAA, demanding that we remove the photos from Outsports. You can read the PDF of the letter we received here.

Despite how the photos were originally leaked, we are well within our right to keep them up. The photographs themselves are now news (mostly because of Sizemore's witch hunt), and as news they (in layman's terms) fall into the public domain and can be printed by news sites like ours.

However, we're complying with their request. We simply don't have the resources to fight CAA in their baseless legal battle. All they have to do is sic a couple of their lawyers on us and, whether they have a case or not (they don't), they can cause us a lot of trouble.

Some Web sites have not removed the photos. Deadspin is thumbing its nose at Sizemore and MLB and keeping them all up (and they ran many more than we). Perez Hilton is doing the same. Luckily, these organizations have the resources to fight the baseless legal claims.

Why Sizemore is making such a stink is beyond my understanding. He was the idiot who took the photos and sent them to at least one other person. What famous person takes photos of themselves like that, e-mails them and doesn't expect them to leak? He looks good and his fanbase has increased because of them. He could have laughed it off. Yet he's decided to sic MLB and his lawyers on people. What's crazy is that they'll never get rid of the photos; They're all over Web sites and e-mail and they'll never retrieve even half of the assets. I can totally understand targeting the person who originally stole the photos (if, as Sizemore claims, someone indeed went into his or his girlfriend's computer and "stole" the files). This is something different all together. This is just bad business practice.

In contrast, Chris Cooley was totally cool when pictures of his penis circulated. Same thing with Santonio Holmes. But for some reason, Sizemore has decided on a witch hunt. It's a shame.

Still, as I said, we here at Outsports are complying...and putting Grady Sizemore at the top of our shit list.