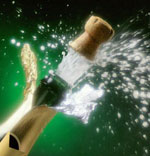 While I hated that the Colts yanked their starters in the third quarter Sunday against the Jets and then lost their first game of the season, the way they did it seems to have defanged the 1972 17-0 Miami Dolphins. The Fins every year pop the champagne corks when the last unbeaten team loses. It has become an insufferable yearly NFL tradition.

It reached its zenith in 2007 when the Patriots went 16-0 in the regular season, only to fall in the Super Bowl. The '72 Fins were openly rooting for the Patriots loss, with Mercury Morris being the most giddy. After the Colts (14-1) lost, though, Morris was subdued.

"Honestly, I was disappointed," Morris said on the Dan LeBetard radio show. "Because I would have liked to have seen them go on to where it really counts what they're doing right now. Unfortunately for them, I understand that they wanted to rest their people and not take a chance of them getting hurt, but it would have been nice to continue the drama."

Don Shula, coach of the 1972 team, issued a statement congratulating the Colts on their run. This was quite a contrast to what happened in 2007 and other years that saw unbeaten teams late in the season. He also said he thought it was "wise" that the Colts pulled their starters; gee, what a surprise! I would think it wise if the Patriots benched Tom Brady and Randy Moss should they play the Colts again.

I think the way the Colts lost cheated the Dolphins out of a legitimate celebration. After all, they pulled Peyton Manning with a lead, signaling that they thought playing for 16-0 meant nothing. Another weird aftermath to a weird outcome.