Share All sharing options for: Cristiano Ronaldo 2.0: Even better body

Portuguese soccer stud Cristiano Ronaldo is known for stripping off his jersey on the field. He did it again over the weekend and unveiled a new sculpted torso that surprised even die-hard fans like me.

A little background: The 24-year-old Ronaldo recently returned from being benched for two months with an injury. His team, Real Madrid, struggled through its 4-2 win and Ronaldo missed a penalty kick. So when he scored during the match, he did a sprint down the end line, stripped off his shirt and screamed in delight. Ronaldo fans across the globe squealed at the results. 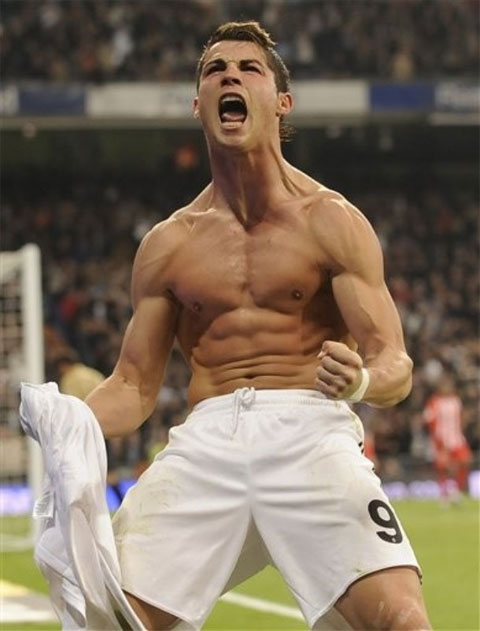 “Taking off my shirt was an instinctive reaction. I know that I made a mistake but I'm human. I didn't want to do it."

Oh, you know you did, you tease.

Ronaldo has always been a looker and we've focused on him while he's sitting poolside on vacation, wearing small white and very wet trunks, enjoying a massage, looking pretty in pink and getting examined by his new physician.

So while I'm quite familiar with his physique, even I was impressed with Ronaldo 2.0. A little digging showed that the added ripples came from a workout routine that includes a staggering 3,000 sit-ups a day.

Keep up the good work, Ronaldo. You're an inspiration to us all. 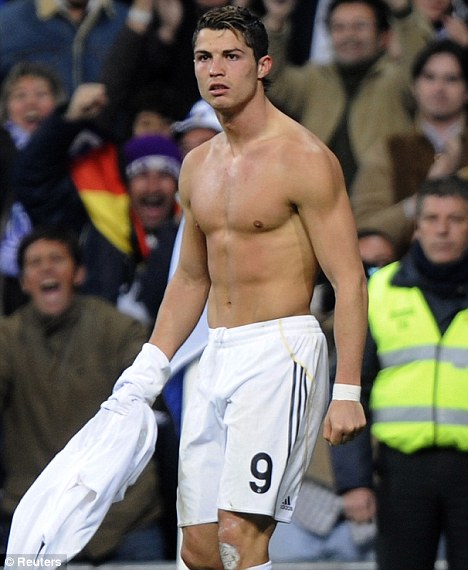 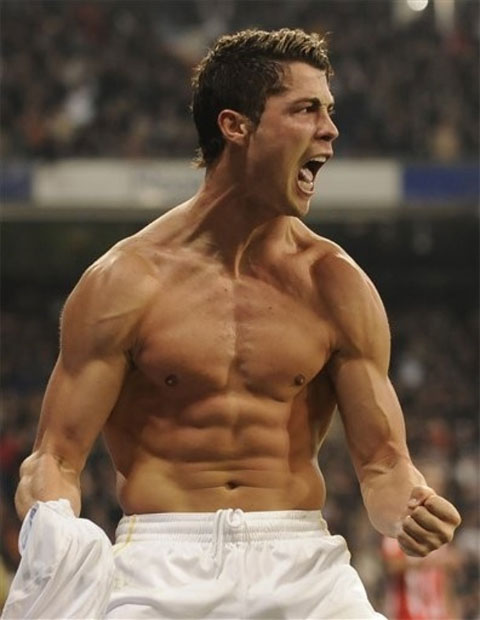