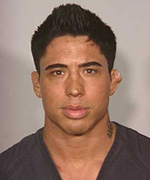 MMA fighter Jon Koppenhaver, aka "War Machine," was arrested in Las Vegas for allegedly attacking security in a gay bar there. He was being escorted out of Krave Nightclub, which patrons described as "gay but straight-friendly," after allegedly causing a hubbub in the bar when he turned on security. They held him until Las Vegas PD arrived to take him away. With the pics he posts on the Web, it's just shocking he'd be in a gay bar. He is an alpha male, afterall.

This comes just a few days after a recent controversy about some comments he made about President Obama, Disney, ESPN and half the civilized world. 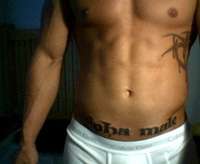 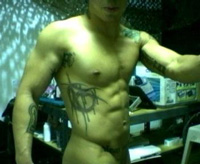