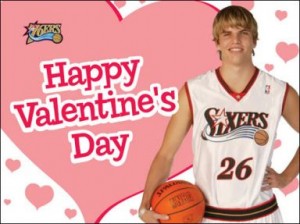 The cutest face in the NBA has to belong to Kyle Korver. The Utah Jazz forward is often compared to actor and model Ashton Kutcher, though Korver doesn't much care for the comparison; He doesn't see the comparison (Korver says he's much taller than Kutcher). Don't you feel sorry for him, being compared to Kutcher? Though it's tough to find shirtless shots of Korver, there's an interview of him in the locker room on YouTube.

Korver is a two-time Missouri Valley Conference Player of the Year award-winner at Creighton University, where he led the Bluejays to the NCAA tournament every year he was there. Korver is a devout Christian who grew up in a family of ministers and basketball players. He's 6-foot-7, about 210 pounds and will be 28 this St. Patrick's Day. So Happy Valentine's Day!

More pics after the jump. 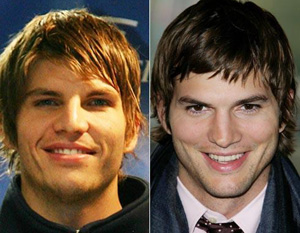 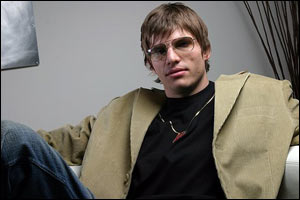 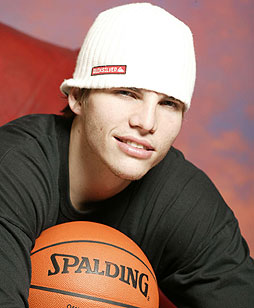