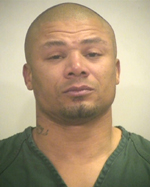 Those of us who are old enough will remember the old campaign for Morton's salt: When it rains, it pours. This week that translates into multiple marijuana stories and a couple naked athlete escapades! The latest suspect is former NFL wide receiver Terry Glenn, who was arrested at an extended-stay hotel near Dallas last week for allegedly possessing marijuana and for public intoxication. What tipped off hotel staff that something was awry with the former Cowboys receiver? He was allegedly roaming the halls of the hotel naked. And from what I've heard through the grapevine, he has every reason in the world to want to walk anywhere naked.