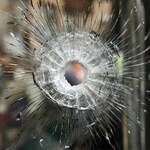 The assault was among the worst armed attacks on a sports team since Palestinian militants killed 11 Israeli athletes at the 1972 Munich Olympics. ...

Video footage of the attack, believed to involve at least a dozen militants, showed several walking calmly through a wooded area firing at will after ambushing the Sri Lankan team's bus and security escort as it negotiated a roundabout near a stadium.

The carnage could have been worse. A grenade tossed at the bus rolled underneath and out the other side before exploding. Officials later found a weapons cache containing "ammunition boxes, a pistol, grenades and automatic weapons, a detonator cable, several pounds of explosives and a small rocket."

This is huge news in South Asia, where cricket is an obsession in countries like Pakistan, India and Sri Lanka. For a U.S. equivalent, imagine a U.S. national basketball team being attacked while en route to a game in Mexico.

It also shows the downward spiral and continuing unraveling in Pakistan, where Taliban-style militants are seeking to destabilize the country. India's cricket team had pulled out of playing in Pakistan following the November terror attacks in Mumbai. Sri Lanka debated whether to send its team before agreeing to do so.

Why should this matter to any of us? Pakistan is a nuclear-armed nation and I would shudder to think what could happen if Pakistan fell and the nukes came into the hands of people like those who staged this attack.

There was some video taken of the attack: