Share All sharing options for: Matthew Stafford nuzzles with friends 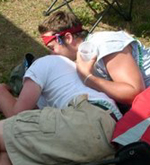 With the NFL Draft looming, I'm surprised no one has brought up the pictures of Georgia quarterback Matthew Stafford that were taken several years ago at Talladega. Back when the NFL prospect was a freshman, a friend snapped pics of him spooning and nuzzling with another guy; Of course, that friend then posted them on the Internet.

Stafford is expected to be the No. 1 pick in the draft by the Detroit Lions. I just think it's pretty cool that Stafford obviously has no problem showing affection with another guy. Spooning is the next bro hug, after all.

Another cuddly pic after the jump. 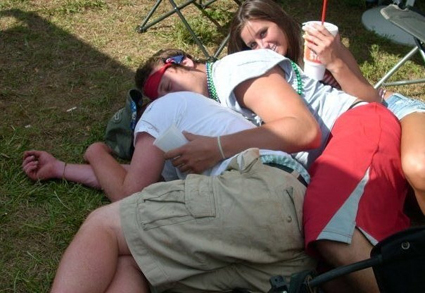