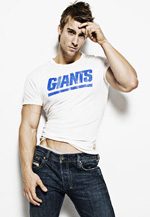 We run a weekly (though dumbass forgot here this past weekend) segment called Weekend Hot Jock. We've been talking about including some fitness models in the bunch. But doing some Web searching this morning, I realize there are so many semi-athletic fitness models out there, we'll just start highlighting them on a non-regular basis.

So first up is Luke Guldan. Luke recently appeared as one of Stephen Colbert's "body doubles" on his show, and on his blog he says he will be in Under Armour's fall campaign. I don't know that he's ever played a down of football, but in the photo after the jump his abs fill out the space between these pants and that ridiculous shirt pretty well; And he fills out the speedos pretty well, too. Check it out after the jump . . . 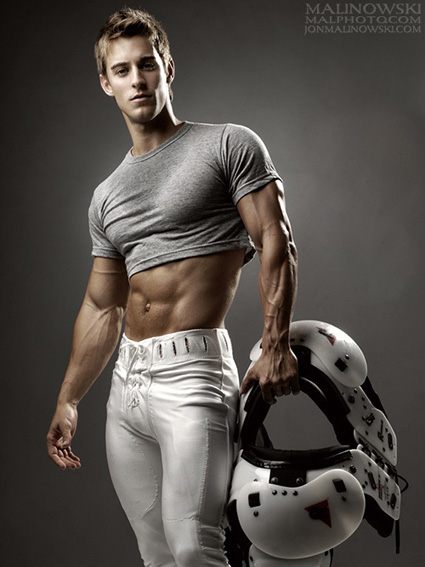 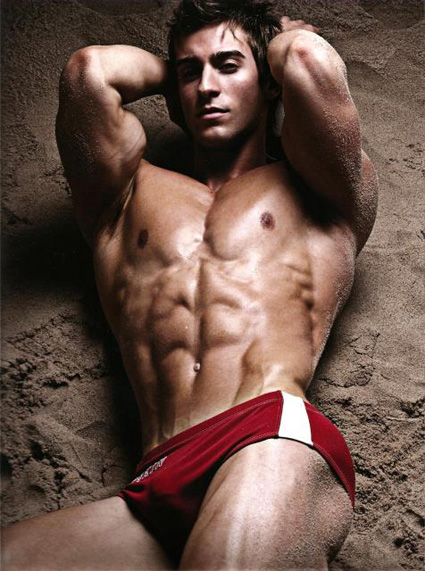