Manchester United won its Premier League game Wednesday with a 2-0 win against Portsmouth. Wayne Rooney’s early marking on the game and a late goal from Michael Carrick (pictured) sent below-par United back to the top spot ahead of Liverpool in the Premier League by three points.

Man UTD. has 74 points with six matches left; the team lost its game on Sunday against Everton in a penalty shootout.

Man. UTD. has been one of the English team I’ve come to love since I was an eager 3-year-old playing the game for the first time. They have remained an inspiration for me for the sport. 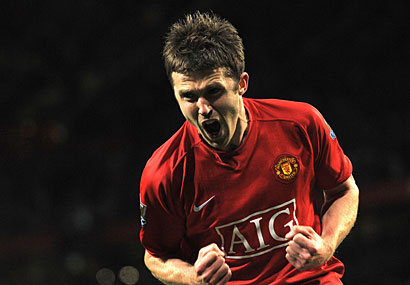