Share All sharing options for: Ben Gordon hits a 3, grabs a bulge 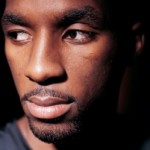 Here's a clip you need to see: Ben Gordon's crotch-grabbing strut up the court after hitting a 3-pointer today that put Game 4 of the Bulls-Celtics series into a second overtime (video below; crotch-grab replay at 43 seconds). You had to see the replay to catch all of that glory, but you only had one chance. When ABC executives realized just how much of his bulge the 6-foot-3-inch muscular jock grabbed, they cut it from ensuing replays. And where have I been all season to miss Gordon and his pumped-up self? (Check out the video and his biceps after the jump.) 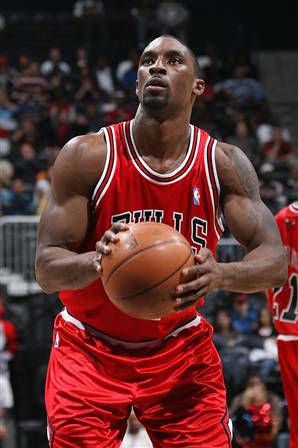