NCAA stands in the way of player's turnaround

Share All sharing options for: NCAA stands in the way of player's turnaround 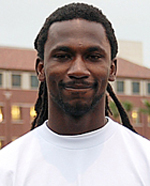 An obscure NCAA rule is threatening the eligibility of a Florida State wide receiver who, by all accounts, has lifted himself up by the boostraps out of the ghetto and needs to play his senior season for a shot at pro ball. Corey Surrency was in ninth grade when he dropped out of high school (he says to support his family). He later served 90 days in jail. After getting out of jail, he tried to get his life straight and got his high school diploma. Because of his late return to high school, he ended up playing a year of "minor league" football when he was 21, before he could get into a community college. Because he was over 21 when he played this one season with Tampa's Florida Kings, the NCAA is now saying that that counts as a year of his eligibility and his college football career is over.

To me, it's another example of how backward the NCAA is. This kid has tried to set his life right after growing up in the gang-infested streets of Miami. He is trying to be the first person in his family to earn a college degree; And yeah, he'd love a shot at pro football. He's awaiting appeal from the NCAA now, and I hope the NCAA gives him a shot at completed his road back from the ghetto.