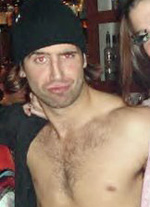 A couple of months ago my friend Kurt and I were walking around downtown Philadelphia after lunch. We passed a steakhouse that opened recently and has become a favorite spot for celebrities. We saw a guy with a beard and some bruising on his face outside the restaurant and we both had the same thought: "Hockey player?" We weren't sure until a day or two later when, during a conference quarterfinal game between the Flyers and visiting Pittsburgh Penguins, the TV camera focused on a player on the Pittsburgh bench. It was the same guy we saw: Maxime Talbot.

Had I known that tonight Talbot would score both Pittsburgh goals to give the Penguins the Stanley Cup, with a 2-1 seventh-game win over the host Detroit Red Wings, I might have gotten his autograph.

The Commonwealth of Pennsylvania is now home to three of the four major sports' reigning champions: the Penguins, the Super Bowl champion Pittsburgh Steelers and, of course, the World Series champion Philadelphia Phillies.

Although I picked the Penguins to win the series, after their 5-0 Game 5 meltdown at Joe Louis Arena I couldn't see how they would pull it out, even after they forced Game 7 with a win on Tuesday night. But they proved to have the tenacity to withstand the early Detroit pressure. The Pens took control of the game with Talbot's two second-period goals and, despite missing Sidney Crosby for most of the last two periods due to an injury, weren't seriously threatened until Detroit got within one with 6:07 left. The Red Wings pressured, but were stymied by Marc-Andre Fleury's stellar goaltending and some bad luck. A shot by Nicklas Kronwall hit the crossbar with 2:14 left, and Nicklas Lidstrom was stoned by a diving Fleury with one second left.

The Penguins are the first team in any major league to win a seventh game in a championship series on the road since the 1979 Pirates, who won the World Series with a Game 7 win at Baltimore.

As for Max Talbot, he wasn't dressed like this when we saw him that afternoon, unfortunately: