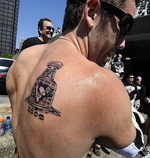 Of all the major pro sports, hockey has the best championship tradition -- the Stanley Cup, awarded to the league champs, basically goes on tour and is found in bars, churches, businesses and just about every conceivable place. I have seen babies given baths in the cup, while Pascal Dupuis of the newly crowned Pittsburgh Penguins has already carved a cup tat on his back.

This year's Stanley Cup trophy made a guest appearance in Mario Lemieux's pool in Pittsburgh: 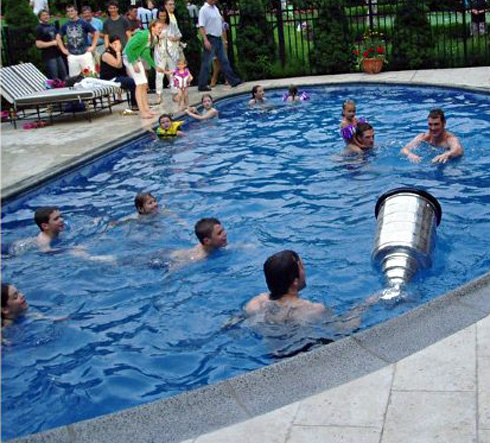