Shaq to the Cleve

Share All sharing options for: Shaq to the Cleve 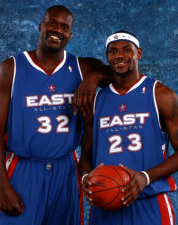 Good morning fellow Outsportsters. During the overnight hours, Cleveland and Phoenix worked out a mega-deal. Shaquille O'Neal has been traded by Phoenix to the Cavaliers in exchange for Sasha Pavlovic and Ben Wallace.

This is a straight-up salary dump for the Suns, Pavlovic is probably getting cut within the month and Ben Wallace has made serious retirement noise, and also may do so within the month. Meanwhile, Cleveland has just made a massive upgrade in talent and has significantly increased their chances to win the 2010 NBA Championship.

His Royal Highness James is sure to believe this move is Shaqtastic.