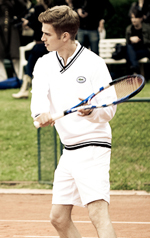 What does tennis smell like? Lacoste will soon be trying to define it as they release their new fragrance for men called Challenge. The campaign revolves around tennis, and the bottle is even modeled after the handle of a tennis racquet (pic after the jump). The cologne itself (why does no one use the word "cologne" anymore?) is the color of tennis balls. The front man for the new product: actor Hayden Christiansen. Andy Roddick already has his own cologne, but Christiansen is a bona fide tennis player himself having played at a very high level in high school (he also played hockey) and was angling for a college tennis scholarship when George Lucas came calling about Star Wars (Christiansen had been acting long before that).

There's a Facebook page but not much else about the fragrance at this point. It's timed to come out right around the U.S. Open in August, so we're looking forward to finding out what Lacoste thinks Flushing Meadows should smell like in late summer. 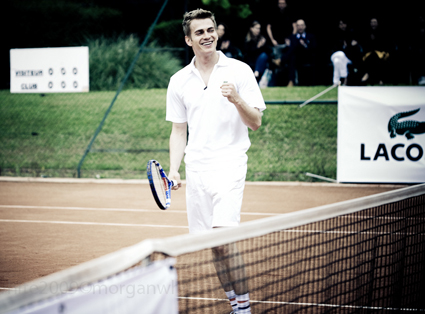