Seduced by the hot jock image

Share All sharing options for: Seduced by the hot jock image 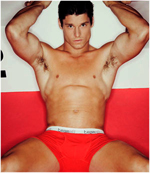 I find it kind of funny when I see companies pop up trying to wrap themselves in athletic nomenclature so they can better market their wares to gay men. The most glaring example is surely Jock Soap. Today I stumbled across an underwear company in Australia called TeamM8 that's doing just the same. Don't get me wrong, I ain't mad at 'em. I mean, at the very least they're giving me some photos to look at. I think it reflects how much gay culture has changed when more and more gay-targeted companies, magazines and Web sites try so very hard to "butch it up" with an athletic feel. And with the photos and models they're using, I'm sure it's working just fine!

Do you get sucked into buying clothes and other items because the company gives a jock image? Or do you just look at the pretty pictures?

Pics and Video of one of their latest photo shoots after the jump. 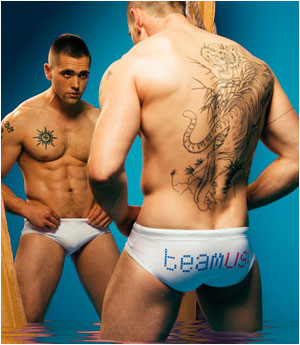