Some Chicago fans wear their homophobia

Share All sharing options for: Some Chicago fans wear their homophobia

News flash: Homophobia lives on in Chicago baseball. At the recent Cubs-White Sox series, fans of the White Sox apparently decided that it would be fun to point out how Gaaaaay the Cubs are. Some wore t-shirts with the image to the right, produced by Chi-City Tees. The company's delightful pitch for the shirt:

THE HOTTEST AND TRUEST T-SHIRT ON THE SOUTHSIDE...WE ALL KNOW THE CUBS HAVE THEIR PARADE...GAY...AND THE SOX HAD THEIRS...CHAMPIONSHIP PARADE...

They have other lovely homophobic and racist shirts. Pics and more after the jump.

Because "we all know" that being gay is baaaaad and you can't win a championship if you're gay. Richard Roeper wrote about one exchange he heard in the bathroom at a game:

In the men's room on Friday, after the game: Sox fan walks in, does an exaggerated prance and shouts in a lispy voice, "I'm a Cubs fan, where are the gay bars?"

He says this about 10 times, over and over, until a Cubs fan in line finally says, "Why don't you go home and beat your wife?"

The response from Mr. Genius: "Maybe I will!"

Because calling a man gay is STILL the most offensive thing you could call them. Crazy. 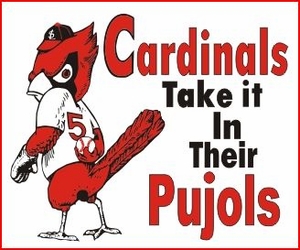