Share All sharing options for: A look at the three 2014 Gay Games bids 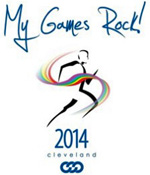 Brian Thornton of Spangle, a gay magazine in Cleveland, has done a great job in analyzing the three bidding cities for the 2014 Gay Games -- Boston, Cleveland and Washington DC. The winner will be chosen in September and Thornton's conclusion is that it's wide open. He also offers advice to all three bidding cities:

Boston: Prove your city is welcoming, and not unfriendly as is sometimes perceived outside the region. Prove your games can be affordable to all. Prove your focus is on athletics (there are a lot of ancillary things planned in your bid).

Cleveland: Prove you have the infrastructure (both people and resources) to pull this off. Prove the location will be a draw to actually get participants to care about coming. Prove the region's dismal economy can support the funding you need.

D.C.: Prove your plan will get things done on time. (For instance, not hiring a development director until 2011? That seems late.) Prove your venues are not too spread out with the notorious D.C. traffic and metro system. Prove you can be affordable.

I am not sure what he means by Boston being "unfriendly." I know Patriot and Red Sox fans are obnoxious, but I have always enjoyed my trips to Boston. Thornton does a nice job of breaking down various categories to determine which city has an edge.

In reviewing the bids I was surprised to see that DC was the only city of the three that will not have flag football (I have played flag football at the 1990, 1994 and 2006 Gay Games). That's a big omission given the rapid growth of the sport, and the fact that the 2009 Gay Bowl will be held in DC. Flag football should be a mandatory sport anytime the Gay Games are held in the U.S.

My only advice to the Federation of Gay Games, which will decide this -- pick the bid that makes the most economic sense and doesn't have its budget dependent on unrealistic turnout or sponsor projections.