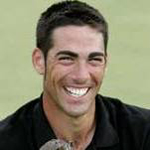 If you're tuned into the PGA Championship this weekend, you'll have to pay close attention to Spaniard Alvaro Quiros. He hasn't been in enough events to be ranked, but if he had been he'd be the No. 1 player in regards to driving distance this season. The rest of his game sucks, but it's been good enough this week to 1-over for the PGA Championship so far, tied for 26th; It's the first Major cut he's made. He's 26 years old, stands 6-foot-3, and has five professional wins in his five years as a pro.

A couple more pics after the jump. 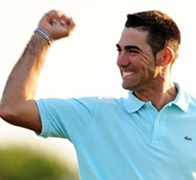 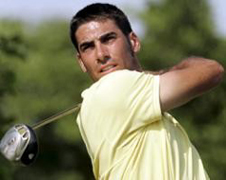