Share All sharing options for: Photos: Aussie ruggers against homophobia 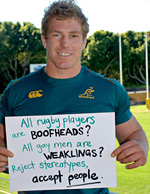 The Wallabies, Australia's national rugby union team, have teamed up with the Sydney Convicts, a gay-oriented rugby union club, in a campaign to promote diversity and combat homophobia. The players posed for a series of photos for This Is Oz, a combination photo and human rights site designed to fight homophobia.

The photos of the players are pretty cool and is another sign that rugby seems like an accepting sport. Englishman Ben Cohen is very gay-friendly, while 2009 King of the Hardwood winner David Williams was honored he won the hot jock contest from Outsports fans. Also, calendars like the "Gods of Football" unabashedly promote the hot players to a gay audience.

Some photos from the This Is Oz campaign: 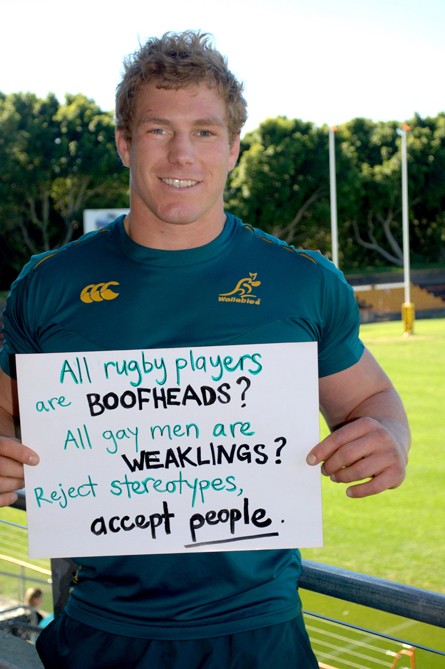 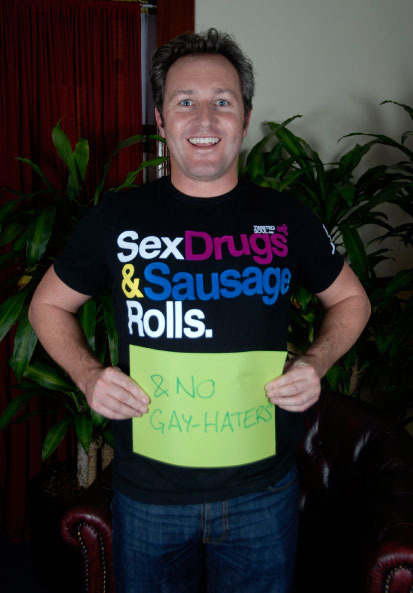 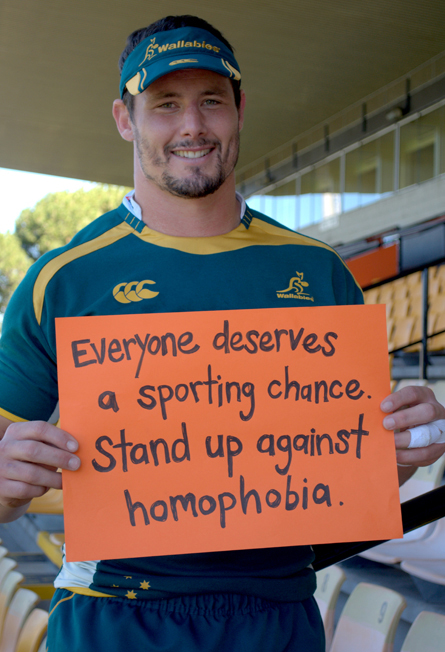 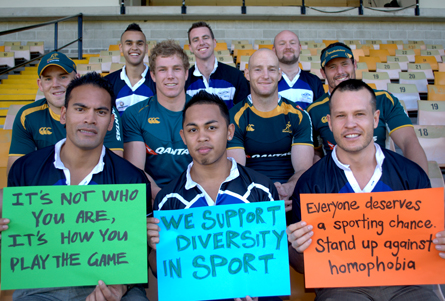