American tennis player Sam Querrey won the L.A. Tennis Open on Sunday by defeating Karsten Ball. After the match, Querrey posed with a group of shirtless young men, ages 17 to 23, who cheered on his every move. They call themselves Team Samurai and are buds of Querrey from Thousand Oaks High School in Southern California.

During the trophy presentation, culminating a tournament won in past years by the likes of John McEnroe, Boris Becker and Pete Sampras, Querrey took a first-of-its kind photo. Holding the trophy, he posed with the bare-chested men in Samurai bandanas. ...

"When it's 4-all, 5-all, or deuce, or if you're down break point, they really get me fired up and they get me going," Querrey said. "They pulled me through a lot of matches this week."

Peter's article looks at whether Team Samurai is too rowdy, with Tommy Haas saying they "have no class." But at least one tournament flew five of these guys out to spice up the event and with their headbands and body paint and a bongo they have become fan favorites.

Outsports contributing photographer Brent was there and he sent these shots of Team Samurai. 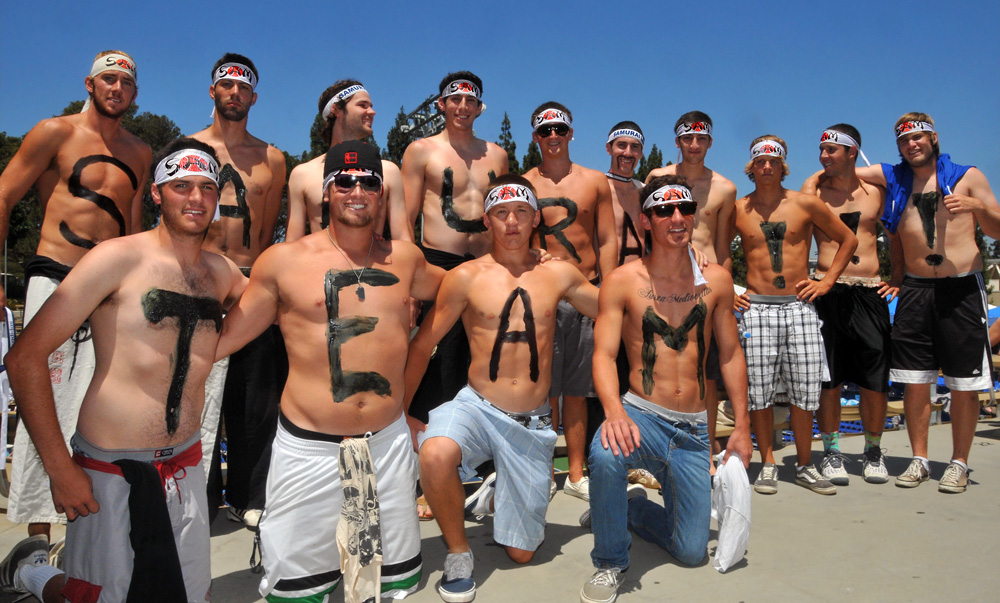 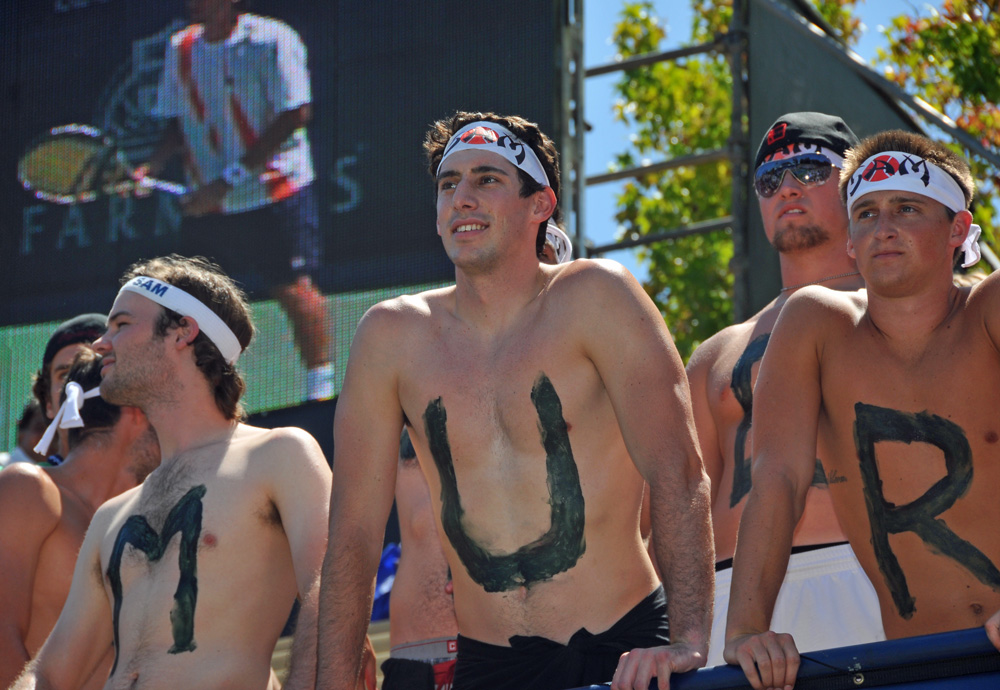 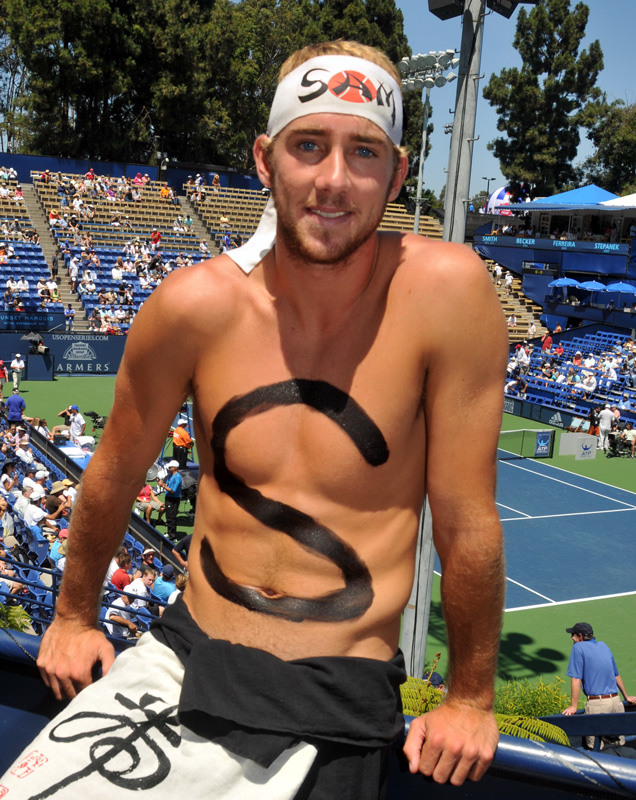 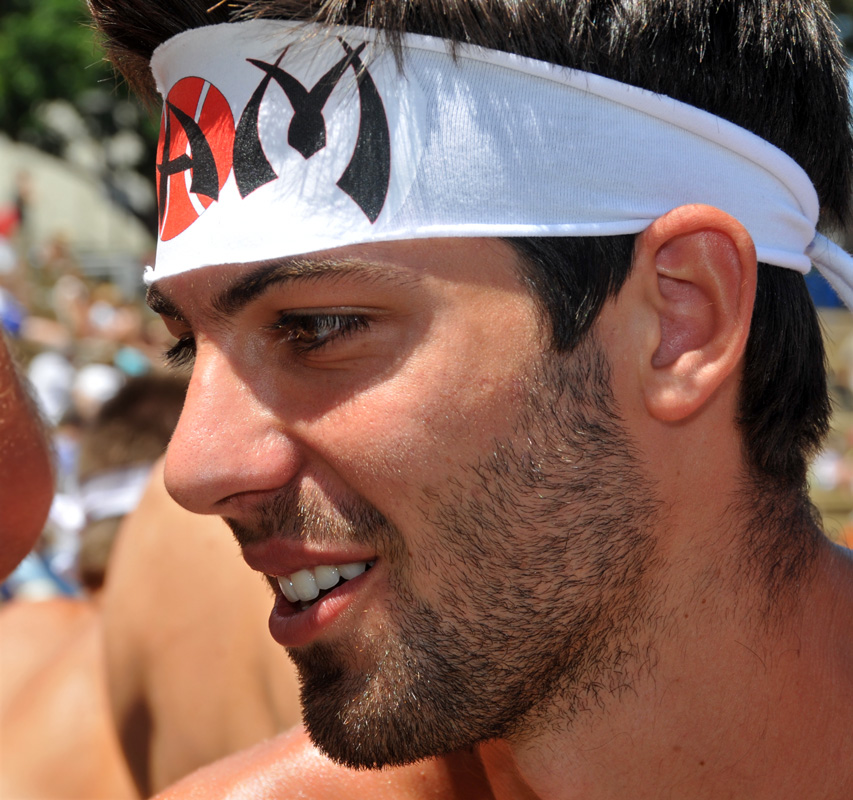