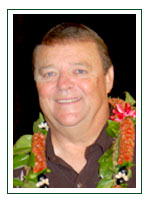 It's been interesting and educational to read the reaction from various corners of the media to the "fag-bomb" dropped by Hawaii football coach Greg McMackin last week. Jon Pyle, a blogger for SI.com, focused on Charlie Weis' reaction to the incident and called it a "giant step back for sexual orientation in football":

More important than the complete lack of concern for the real victim are the implications created by the attitudes toward the gay community. Weis' acceptance of the apology inadvertently slanders gay people a second time by implying that being associated with homosexuality in any way is a great insult. That's the subconcious lesson broadcasted by this incident. While the word itself was an offensive term, the acceptance of discrimination is absolutely nauseating.

Bob Warja of the Bleacher Report talks candidly about the use of anti-gay slurs in sports and says that he himself has been drawn into it at times:

I am not trying to excuse such behavior, but there is so much intimidation being an athlete around coaches that affect your future. And, in football in general, if you dare not join in the revelry, you quickly become an outsider.

Hell, just being a guy often means you cannot express any willingness to protect a group of people because you will be looked upon as being less of a man.

ESPN's LZ Granderson called McMackin out, saying that his initial apologies were jokes.

In his apology, he said he didn't mean any harm, but that he was just trying to be funny, "and it wasn't funny and it's not funny. Even more, it isn't funny to me."

What a bunch of crap.

Of course he thought it was funny. You can hear him enjoying his own joke on the audio track.